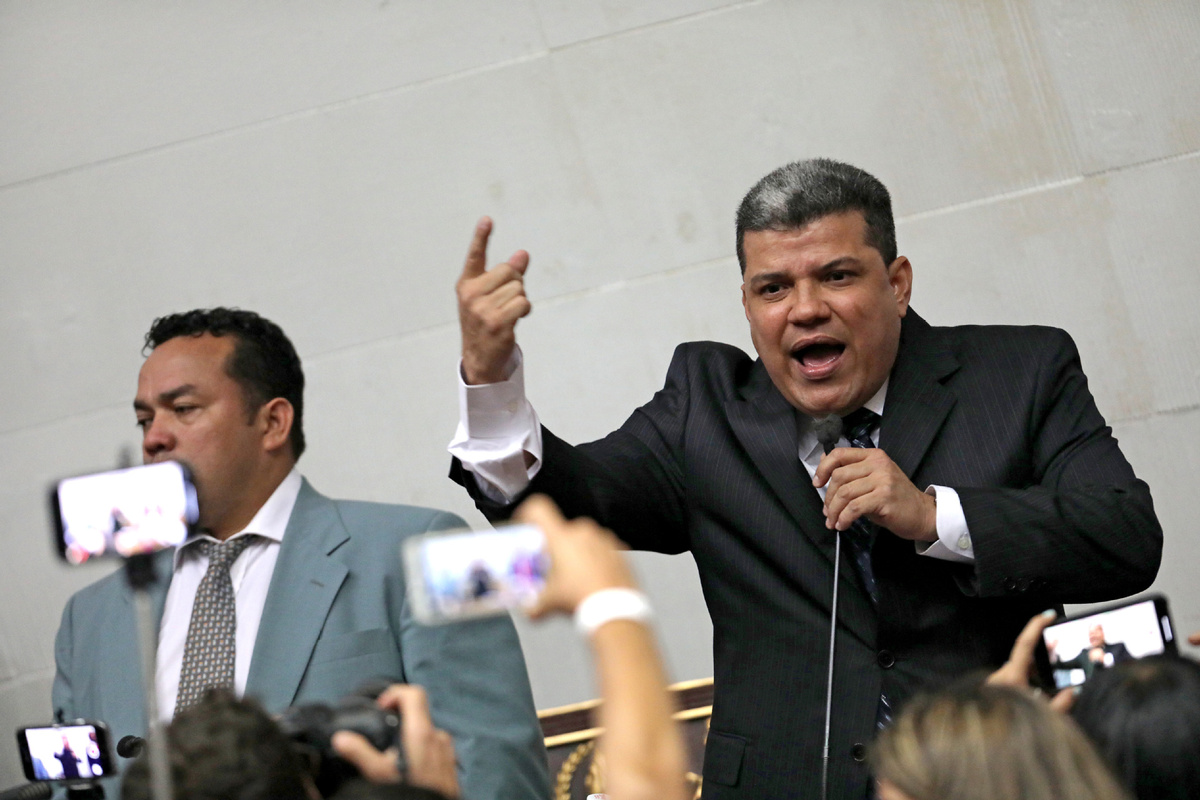 CARACAS－Venezuelan President Nicolas Maduro on Sunday recognized the newly elected board of directors of the National Assembly, and president of the legislative body, Luis Parra.

"The National Assembly has made a decision and there is a new opposition board of directors headed by Deputy Luis Parra," said Maduro.

Parra''''''''''''''''s election is a blow to opposition leader and self-proclaimed interim president Juan Guaido, who was hoping to be reelected head of the National Assembly, which began its 2020-21 legislative period on Sunday.

Parra signaled the opposition was "taking a new tack", and pledged to work to overcome Venezuela''''''''''''''''s political deadlock between the ruling United Socialist Party of Venezuela and conservative groups through dialogue and conciliation.

"For us, Juan Guaido is the past and we must open the doors to the future," he told reporters.

Rejecting Guaido and voting in a new leadership was "a rebellion by the legislative assembly''''''''''''''''s opposition deputies themselves", said Maduro.

"The country repudiated and repudiates Juan Guaido as a puppet of North American imperialism," Maduro said. "No one should be surprised by what happened today."

Guaido declared himself interim president in January 2019, after the opposition refused to recognize Maduro''''''''''''''''s reelection, and was immediately recognized by Washington and its allies.

Maduro also said reconciliation talks between the government and opposition parties were ongoing.

On the agenda was the renewal of the National Electoral Council, the country''''''''''''''''s electoral watchdog, in the run-up to legislative elections later this year, said Maduro.